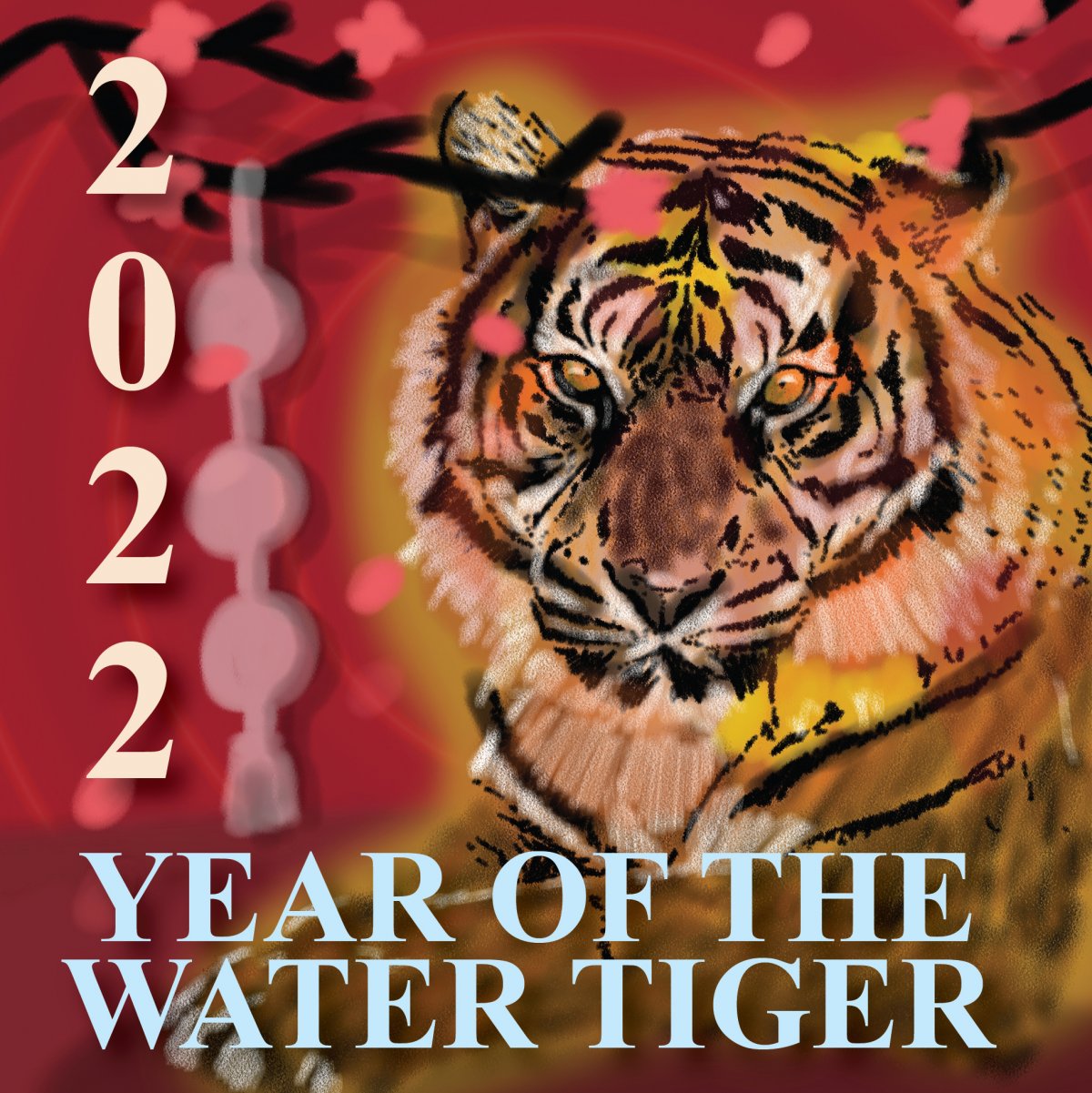 Today is the end of the Chinese year and tomorrow heralds the arrival of the new year of the Water Tiger. It also coincides this year with Imbolc, the arrival of Celtic spring (there will be a post about that later today when Caitlin has finished the illustration).

What does the year of the Tiger mean?

Tiger years are times of great change and strides forward especially in fields of exploration. Beware of restlessness, accidents through carelessness and violent outbursts.

Tiger people are dynamic, assertive, noble in aim, enthusiastic, born leaders and competitive but can be selfish, domineering and easily angered. They include Beethoven, Dwight D. Eisenhower and Marilyn Monroe.

What does the Water element mean?

Water is linked to the direct of North, the season of winter and cold and the colour black. Those born with the water element in their sign have a tendency for being creative, flexible and sensitive with good communication skills; fearless and strong willed;  empathetic and intuitive with exceptional gut instinct. However there are also tendencies towards introspection and needing a lot of time on their thoughts as well as being reliant on the support of others.

The combination of Tiger and Water make for a complex character with many strengths - many of which are hidden from all but the closest of friends and family.

A little bit about Chinese astrology

On his last New Year on earth, Buddha called all the animals to his side. Only twelve came and as a reward Buddha is said to have given each one a year that would reflect its personality. The rabbit was the fourth animal to arrive and so is the fourth year in the cycle.
Each person is born under one of the twelve years and the year itself bears the characteristics of the animal. Because the date of the Chinese New Year can vary from late January to mid-February, people born around this period can find that they may belong to the year before.

While Chinese astrology is extremely complex, in folk tradition Chinese people identify themselves with one of the twelve animals, much as in the Western tradition, people think of themselves as Librans or Aquarians without worrying too much about ascendants and trines.

Debi, Caitlin and Cassandra wish everyone, regardless of their beliefs, a very happy and prosperous Year of the Tiger.